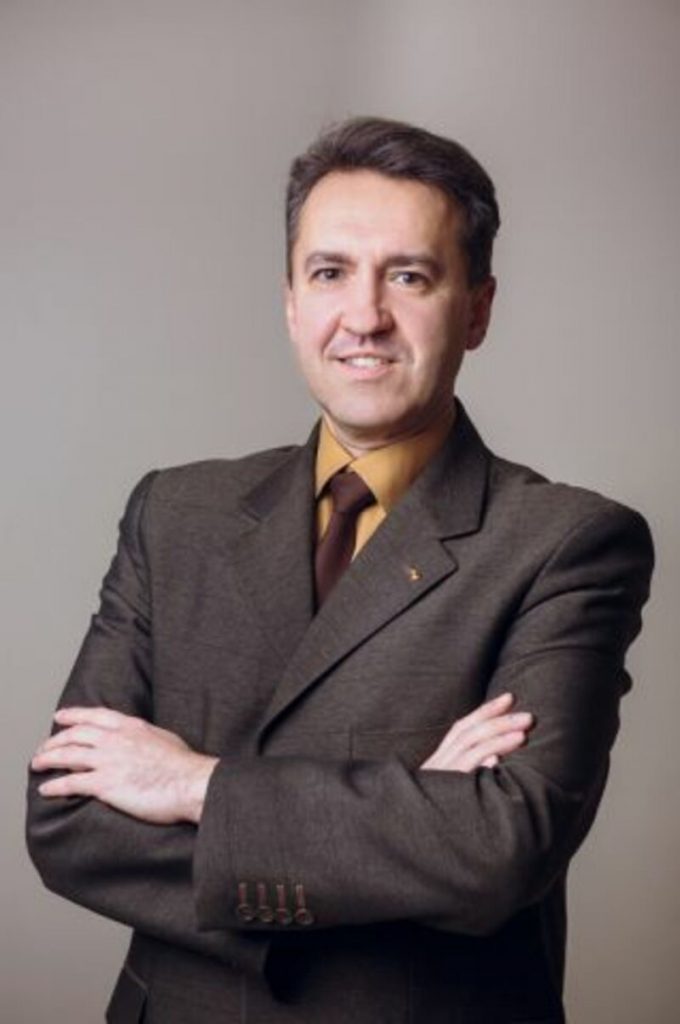 In 1986 he graduated from secondary school. From 1984 till 1986, he was trained in an inter-school training and production facility on the program "metalworking" and received a specialty of a turner.

For 28 years he had been a member of the Honored group of the modern ballroom dance "Silhouette" of the Palace of Culture of the National Academy of Arts named after M.V. Frunze, and since 1984, he had been working in the team as a director of the group and the children's groups "Silhouette", worked as a responsible secretary of the Silhouette Sports Dance Club and the responsible secretary of the Sumy Regional Federation of Sport Dance.

From 1991 to 2004 he worked as a teacher of sports dance course at Haranin Dance School.
Since July 22, 1991 he has been working at the department of accounting and audit of Sumy National Agrarian University as an assistant professor.
Since 1995 he has been a judge of the Association of Sports Dance of Ukraine.

From 1995 till 2004, he was a member of the Presidium of the Sumy Regional Federation of Sports Dance and the responsible secretary of the Federation.

In December 2018 he graduated from Sumy State Pedagogical University named after A.S. Makarenko majoring in "Choreography" and got the qualification of a teacher of choreographic disciplines and a choreographer-director at HEE.

Since 1998 he has been the director of the model group of the modern ballroom dance "SWAY", which brings together more than 150 people of different age.