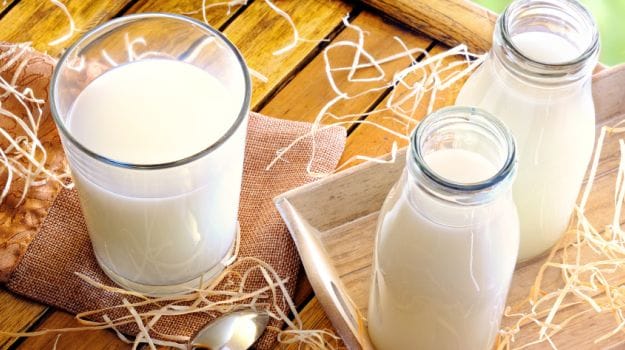 Allergic diseases are widely spread in the modern world. According to the World Health Organization, about 40% of the world’s population has allergic reactions. Allergy takes the third place in the number of patients in the world; the second place goes to cardiovascular and oncological diseases.

There is no official statistics in Ukraine, but allergists say that 15% of the population suffers from allergy. Children are often in the category of those, who suffer much from allergy. Today pediatricians fix more cases of allergy among children than it was 10 years ago. Among strong allergens are cow’s milk protein and eggs.

Nowadays a number of world producers have launched milk production lines A2. It contains amino acids that do not cause adverse reactions and digestive disorders. A2 milk production lines have already been operating in New Zealand, China, the United States and Australia. Unfortunately, there are no such lines in Ukraine.

It is believed that many cow breeds produce A1 milk. However, the conducted survey in Sumy National Agrarian University show that the breeding of the certain cow breeds makes it possible to obtain safe and easily digestible A2 milk. For example, the cows of the Lebedyn breed which are recognized as national heritage. “The Lebedyn breed has many genotypes with the beta-casein A2 fraction. «Selection of animals with this genotype will allow them to produce safe, hypoallergenic milk. However, there are no problems in the selection of the A2 genotype. Sumy NAU has the necessary equipment for this», said the Rector of SNAU Volodymyr Ladyka.  Sumy National Agrarian University and JSC ” Ichnia Dried Milk and Butter Plant” will present a new, useful product in the nearest future. “It will allow us to solve several problems at once: to reduce the allergies, to preserve the Lebedyn breed and to support the farmers, as they will be able to sell raw materials at a higher price,” emphasized Volodymyr Ladyka.

A marketing study, conducted by the SNAU Marketing Department, found out that many people who suffer from cow allergens feel much better using A2 milk.

Nowadays the production of new A2 milk is undergoing its final phase. Soon consumers will be able to buy it in Ukrainian stores.